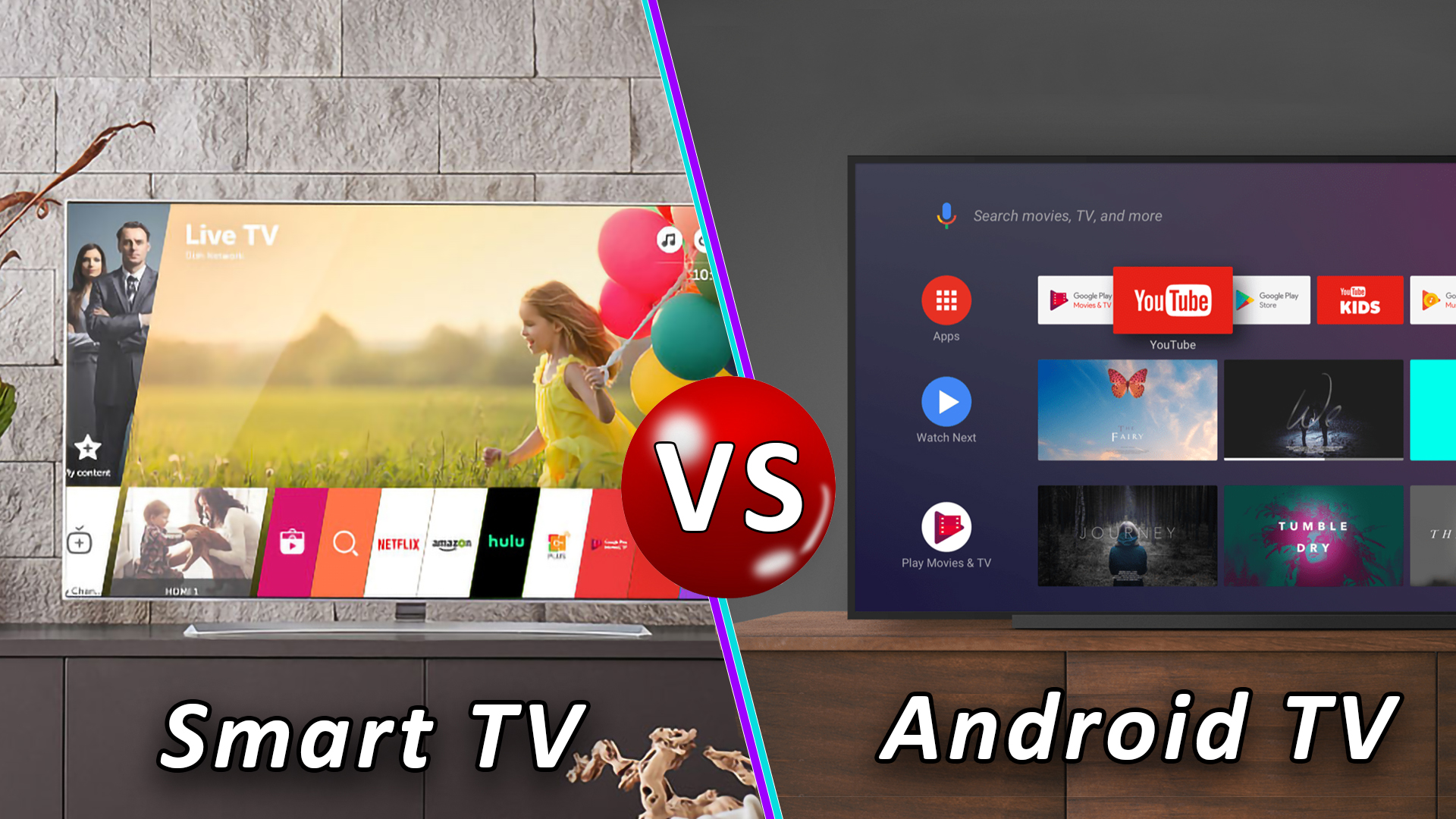 There are numerous astonishing inventions that science has already gifted to mankind, Television is one of them. Those televisions become smarter day by day over the years courtesy of science and technology. Smart TV is the modern-day invention of the science that allows us to use the TV beyond a normal one. Now, talking about smart TV another terminology which is very popular nowadays as well as comes to our mind i.e. Android TV. Do many users confuse about this fact before purchasing any TV that which one they should consider? That’s why many questions and queries arise in our mind before purchasing any smart TV. Questions like, is Android TV better than a smart TV? Isn’t an Android TV a type of smart TV or something else? Lastly, I explain to you Android TV Vs Smart TV which means what are the differences between them? And what you should consider purchasing.

What is Smart TV?

Basically, a smart TV is an evolved edition of normal TV that allows the users to do something extra, something more useful and something more entertaining than a normal TV. A smart TV works beyond a normal TV. A normal TV is fully worthless to use without a source like DVD player, Blue-ray player, play station, etc. but a smart TV not only works with a source like a normal TV but also works fine without any source. it can download and install apps with the help of the operating system. Yes, you have read right, an OS on a TV! That’s why it’s called smart TV, similar to a smartphone. So, on Smart TV, you can also download and install apps for your requirements by using the internet connection. Not only that, you can use those apps on the big screen of your TV. You can even watch your favorite episodes, movies, sports, etc. by using streaming apps and services. Therefore, you can see that adding an OS can make your normal TV a smart TV. Talking about OS, Android is undoubtedly an OS which means Android TV is also a smart TV. Now, you can relate them both and you may think that if Android TV is also a smart TV then why we titled the blog as “Android TV Vs Smart TV”?

Because Android TV is different from the other smart TVs. There are many operating systems that are used in smart TVs. Most of them are Linux based OS like Web OS, Tizen OS, etc. So Android TV is totally different from this group and also comes with lots of differences from the other smart TVs so that you should read the full article about “Android TV Vs Smart TV” to ensure what will be the best option for you to purchase, an ordinary smart TV or an Android smart TV?

Android TV is actually smarter than its other rival associates. It got more apps, it got more features, it got everything better than the rest but what it has not is the first impression of simplicity that other smart TV has. Anyways, let’s dig deep into the differences between Android smart TVs and other smart TVs.

In the smart TVs which has different operating systems, there are different app store from where one can download necessary apps for his/her TV whereas an Android TV has its beloved Play store for this task. Now, every one of us knows how amazing play store actually is! It contains a vast number of apps and games which other app stores definitely lack.

In Android TV, one can download any apps from the numerous options he/she gets in the Play store but in other smart TVs, you can’t get enough apps for your need or enjoyment. You have to stick with some limited apps available in the app store. This is one of the best advantage that you can get from your Android TV.

In Android TVs, the security updates and feature updates are more frequent and essential. Those updates not only keep the smart TV safe and secure but also, provide more features to the machine and solve minor bugs of the machine. Unfortunately, in other smart TVs, the updates come very rarely and also, they cannot solve the bugs in the machine properly. Not only that, for the less frequent updates, those smart TVs don’t have strong security protection and have lesser features than Android TV.

Android TV steps backward when it comes to the user-friendly interface. Other smart TVs possess a very simple user interface that every user can easily understand and use but Android TV is a little bit complex to use though, after some days of using, one can definitely cope with it just like me. Still, other smart TVs create a better first impression in terms of the simplicity of using than Android smart TVs.

Another fact to know that in mostly every other smart TVs, the streaming services like Netflix, Amazon Prime, etc. are already installed in it so that the user doesn’t have to download and install it by himself/herself but in a smart TV with Android OS, one has to download and install his required streaming apps to watch and enjoy. That’s why if you are simple user and you just want to sit and watch the TV shows for your entertainment and relaxation, you should better try other smart TVs that are ordinary and easy to use though you should research properly before purchasing any as the other smart TVs lack many handy features.

Yes! That’s right. In Android TV, Chromecast support is available out of the box so that one can easily stream the screen of the content from his/her smartphone or PC to the TV monitor but the majority of other smart TVs don’t have this unique facility. If you really want that feature, you should as usual research to know what are those OS which supports Chromecast? Obviously, Android supports it and there are also some other operating systems that also support Chromecast. It totally depends on how the manufacturers develop their products. For this reason, you have to research about it before purchasing any.

Now, it totally depends upon the user that what he/she should purchase. Therefore, I hope you guys understand “Android TV Vs Smart TV: What Is The Difference?”. If any query still remains in your mind, don’t hesitate to comment down below. Thanks for visiting.