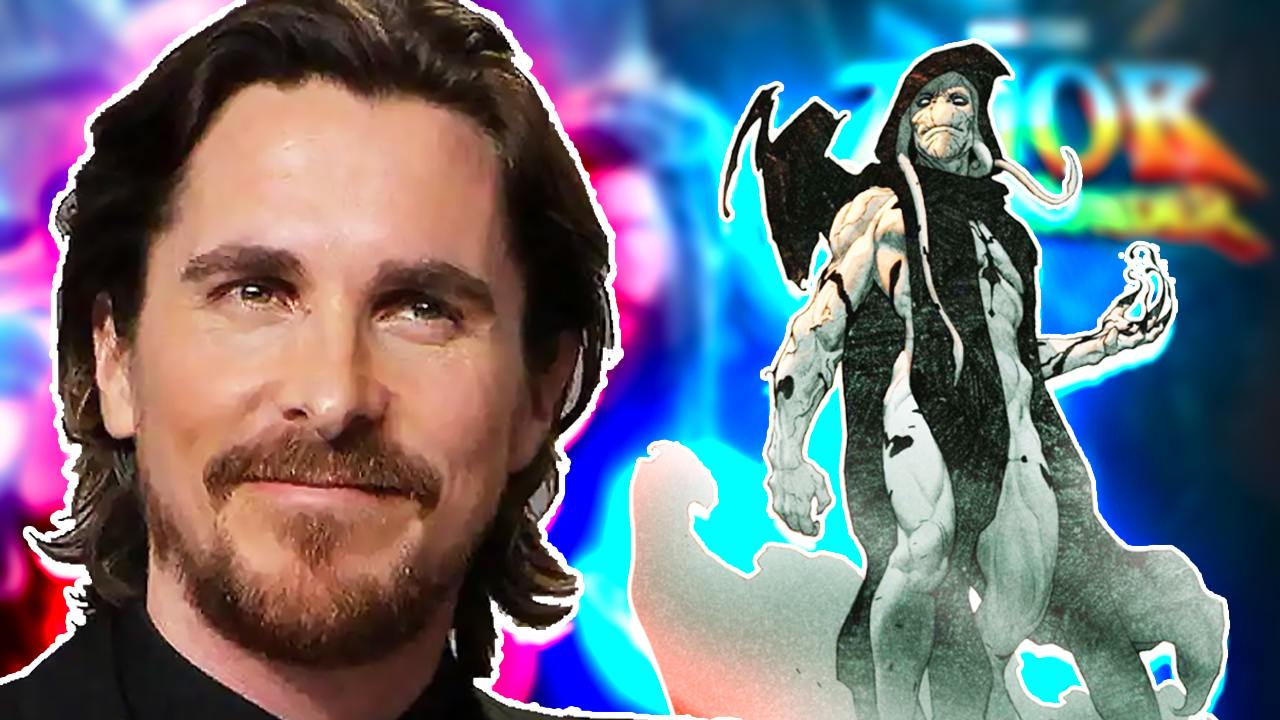 Thor: Love and Thunder is the 4th sequel of the movie series, Thor. After dropping its teaser, fans are quite confirmed that Christian Bale’s Gorr The God Butcher will be the main villain of the movie as fans have spotted Cristian Bale wearing a white costume leaving Marvel’s set a few months ago which got viral on the internet. The supervillain character from Marvel Comics, Gorr the God Butcher is a galactic God killer who vowed to eliminate all the Gods from the universe thousands of years ago. That’s really a strange action. To understand his thoughts and motives, we need to know his origin story. Who is Gorr the God Butcher? And why did he become a God killer? Let’s know from the Marvel Comics now!

We don’t know what’s waiting in Thor: Love and Thunder but what we know is the story of the comic titled Thor: God of Thunder released back in 2015. Gorr’s story was started 3000 years ago on an unnamed planet. His tribes had a high belief in Gods. In the harsh condition of the planet where earthquakes, lack of water, and wild animals were dominant, those people still held their blind faith. In certain circumstances, when Gorr was committing blasphemous acts and saying that there are no gods to take care of them, his own people banished him from his tribe.

From childhood, Gorr was an inquisitive type. He always asked his mother why they believe in Gods and why he can’t see them? His mother reassured him that he has to keep his faith in them. After the death of his father because of Sun fevers, he started losing his faith in the Gods. Soon after his mother left him as he was killed by some local creatures on that planet, Gorr lost his faith even more.

Years later, Gorr had become a family man. He had a wife, sons, and daughters but the happiness didn’t stay long. His wife Arra died in an earthquake while pregnant. One by one his sons and daughters were all dead due to the same disease called Sun fever except one of his sons, Agar. Soon, Gorr and his tribe decided to left the wasteland and find a better place on his planet where survival can become a bit easier but this journey took Agar from him as the last survivor son of Gorr didn’t survive this journey.

After all these tragic incidents, Gorr had become mad and lost all the faith in Gods. He then started spouting blasphemy against the Gods and did those things which a religious person should not perform in his culture. This behavior was not acceptable in his tribe so they outcast him.

How Did Gorr Become The God Butcher?!

When he was banished, he roved around the desert where he felt weak and weak day by day. Suddenly, he witnessed two armored beings fighting against each other in the sky, and then, they fell to the ground. When Gorr reached to see what was going on, he realized one of the beings wore gold armor which represents the sign of God. As both of the beings seriously injured each other, the golden God requested to Gorr for help but Gorr refused just then an ooze-like substance was shot from Knull’s symbiote blade – All-Black the Necrosword, was joined with Gorr forming into a spearhead. (Knull is the other being against whom the golden God were fighting).

With this new weapon, he got hopes to destroy the Deities and Gods to take his revenge. He started his first God hunting by killing the golden God. Next, he planned to take his revenge on the Gods. After the extinction of the golden God using his new weapon, Gorr left his planet with the weapon which also gives him the flight ability. From then, he decided to dedicate his life to destroy all the Gods from the universe which he did for thousands of years and over the centuries in different battles. According to Marvel Comics, Gorr tortured and tried to kill Thor but failed. Once Thor nearly killed him but he managed to escape to save his own life.

Gorr the God Butcher: New Powers of the Thor 4 Villain!

All black allows him to achieve Godly powers such as durability and super strength. Soon after acquiring the weapon, Gorr discovered that this new weapon can be controlled through his mind. It can be changed into armor and produce weapons. (All-Black was the very first symbiote like Venom with whom we are familiar with.) It also gives him healing, regeneration abilities, and immortality. In short, this makes him extremely powerful. Gods don’t have a chance to defeat him. Using the Symbiote, he creates an army of black berserkers, dog-like creatures with immense strength. Christian Bale’s Gorr the God Butcher also constructs a version of his deceased wife and son with the help of the Symbiote to cope with his perpetual loneliness.

Thor Vs Gorr – Villain of “Thor: Love & Thunder” Fights (According to The Comics)

Gorr has passed thousands of years slaying and butchering Gods from the time and universe. Ok so, how does Gorr access Time – traveling? Well, actually he claimed a device known as Pool of Forevers by killing all the Gods except one from a place named Chronux where the Time Gods inhabited. This device allows him to go back and forth in time.

Using the device, Gorr traveled to the start of the universe to slay one of the first elder Gods. Afterward, he traveled to the future to enslave all the Gods except All-Father Thor. Then he tortured and forced the enslaved Gods over the next 900 years to make a Godbomb. Gorr forced his God-slaves to build the Godbomb around the Pool of Forevers that could be used for the mass extinction of all the Gods across the entirety of the Timestream.

Because of his ego and his hate for Gods, Gorr never stopped his God Hunting until he was defeated by three different versions of Thor from different timelines. His obsession made him a psycho and serial killer. If anyone from his God-slaves compares him with the Gods, he is badly tortured. The same thing happened with Volstagg who was crucified by Gorr because he told Gorr that he is a God himself but a foul and despicable one.

Anyway, after losing the fight with the three Thors, Gorr armed the Godbomb. His madness was increased to that height where he did even not spare his symbiote-constructed love, his wife’s life as she called him a God. This led his son to flee and teamed up with the Present Thor – Thor, the Avenger. In the meantime, Gorr killed all of his enslaved Gods to absorb their powers.

The mainstream Thor with the help of Agar and other remaining Gods Thor absorbs the Godbomb Godbomb’s explosion through the power of dual Mjolnirs. One belongs to his own Mjolnir, and the other from the future – and thus is Gorr destroyed, and his dire weapon seemingly lost.

When Thor Becomes Unworthy of Mjolnir! (According to The Comics)

In his last moments of the battle, Gorr vocalizes “All you’ve brought this universe is misery. Gods didn’t create mankind, but someday, if they’re not stopped… they will end it. Mark my words.” This strikes true to Thor’s heart. These words push him on a path of becoming unworthy of holding Mjolnir.

After this event, Jane Foster becomes worthy through a certain storyline and becomes Goddess of Thunder aka Mighty Thor. This scene has also been shown in the teaser of Thor: Love and Thunder.

We don’t know what’s waiting in the MCU for our loved Chris Hemsworth’s Thor. The storyline will probably be a bit different in the movie, Thor: Love and Thunder. It would be great to know how Marvel would build up Gorr the God Butcher’s character throughout the movie. It is questionable whether Christians Bale’s Gorr the God Butcher’s character would be ended in the movie or it would just be a beginning. Therefore, we are really excited to witness how Marvel showcases the origin story of the MCU’s version of Gorr the God Butcher. Anyway, hopefully, you have enjoyed reading this interesting article. Thanks for visiting and appreciating our work.