Horror games are not always full of jump scares, blood, and creepy noises. They are just a part of it. The Storyline – which actually makes you scared. When you think about it, you’re completely going sweaty over time, not just a stupid monster jumping through the window or breaking the wall to attack you or just destroy the door to kill you. It is said that a good horror movie or game should not have a lot of jump scares. Think it like this – you’re entering into a dark room with lots of spooky voices coming out and also some blood traces In front of the door – you go in & out but nothing happens. This is the suspense and tension but when you’re entering, you expect there should be something but actually there is nothing & this kind of thing makes a game full of fear and horror. Though there are several types of horror games on PS5 to enjoy nowadays – whether you want to be creeped out, terrified, disgusted, or just experience the heart beating horror you got everything. Some of the listed games are rumored to hit the market with their remastered version for PS5 but in the meantime, you can enjoy the horror games of your PS4 on your new PS5.

The game is based on first-person perspective. The player Ethan Winters – a simple civilian with a few combat abilities. The gameplay emphasizes horror and exploration over action. Speaking of action, Ethan Winters can handle handguns, shotguns, flamethrowers, explosives and chainsaws. He actually in a quest to find his wife Mia Winters. During that quest he have to face the Baker family who are infected by the ‘Mold’ and later on this game player have to face a humanoid form of fungus known as the “Molded”. However, it is not mandatory to encounter all the family members as you can avoid them by means of stealth, or running away. There are several puzzles available to get proceeded on the story. You have to solve them by finding some equipment or objects. This objects sometimes to be examined to reveal the secrets.

There are a lot of scary moments here and there with spooky voices and blood shades. Jump scares however are pretty limited. On the action scenes, you fill this as an action game and on exploration, it is converted into a horror game that obviously confirms the goodness of the story. So, we’re definitely recommending you to play this title on your PS5. This is a really good addition on the list of horror Games on PS5.

Bend Studio has announced PS5 enhancements for the Days Gone which really make this game more attractive & stunning to look at. Now it can achieve 4K at 60 FPS so that you can get buttery smooth gameplay and an incredible visual on this game. This is an action-adventure survival horror game which has been set on post-apocalyptic world. The plot sets on two years after a global pandemic. Almost all of the humanity is wiped out and transformed millions of others into “Freakers”, mindless nocturnal zombie-like creatures that are quickly evolving. Not only the humans, animals such as bears and wolves are infected by the pandemic and of course everything that happens is completely planed by some smart and demon like humans so there are some human enemies that should be eliminated on the game. By seeing such a story, I can’t control myself to add this game on best horror games on PS5 list. Basically, this game reminds me the current situation of the Corona Virus Pandemic.

You can complete objectives in multiple ways such as being stealthy using long and short ranged weapons. Speaking about weapons, player can craft weapons that can be repaired after extended use. Player can pick up already crafted weapons from enemies too and by crafting new items player can improve the combat efficiency.  There is a dynamic weather system and day-night cycle make ‘Freakers’ weak and slow by day but fast and aggressive by night. The main transportation vehicle is a motorcycle that you can be modified with parts to enhance its speed, durability or manoeuvrability, among other parameters

Bloodborne is a Lovecraftian-style action RPG game set in the deteriorating city of Yharnam. The city’s population transforms into brainwashed, dangerous monsters because of the infection of a mysterious plague. You have to investigate the situation and find a solution to reverse the downward spiral into darkness before it’s too late.

There are various creatures and beings that look terrible and dangerous which is the horror part of this game. Frankly speaking, in normal difficulty this horror game on PS5 is pretty difficult to play but it is worth it because you experience an engaging plot along with striking imagery. I would say you should not miss the game if you’re a lover of horror games. With stunning graphics, visuals, and storyline you can enjoy the game for hours and hours.

Outlast 2 is a first-person survival horror game that, like its predecessors Outlast and Outlast: Whistleblower, is a single-player campaign. It is set in Northern Arizona. The game continues the found footage characteristics from the first game. The player controls the investigative journalist Blake Langermann, who investigates a dilapidated rural area in Supai, near the western edge of the Colorado Plateau.

Main protagonist cannot fight except in scripted scenes, but must run and hide from the numerous hostile members of Temple Gate. He can crouch, run, jump, walk, vault, slide and climb much like the first game and can hide in lockers, barrels, wardrobes, beds, pools of water, tall grass, cornfields, and inside of houses. He has a limited stamina meter and the player must manage how long he runs, otherwise he becomes exhausted and move more slowly.

Speaking of weapons, this game only offers a camcorder, which has night vision capabilities, though the camcorder’s batteries are also drained when night vision is used. The player is equipped with an inventory system displaying the amount of footage recorded on the camera and the items they are carrying. Spare batteries, suitable for the camcorder and medkits to heal are spread throughout the game.

The Last of Us Part 2

The Last of Us 2 is a sequel to The Last of Us which is an action-adventure horror game played in third-person perspective. The plot continues after the ‘The Last of Us’ events. Definitely, this game is a masterpiece. Not only for the mechanics and character development of the game but also the graphics of it takes the video game industry one step ahead. Thus, it is also one of the top PS4 games in 2020. All we can say is, if you have played the first game then it would be a crime to miss part 2 and if you’re on PS5 then graphically this game will be automatically remastered by the AI call ‘Game Boost’ which makes its graphics more fascinating.

The player traverses post-apocalyptic environments such as buildings and forests to progress on the story. By using firearms, improvised weapons, and stealth, the player has to defend against hostile humans and cannibalistic creatures infected by a mutated strain of the ‘Cordyceps fungus’. Control mainly switches between Ellie and Abby and sometimes on Joel in the opening sequence. In combat, the player can use long-range weapons – rifles and bows, short-range weapons – pistols and revolvers and also melee weapons such as hammer, brick, bottle etc. However, like others, this game has not as much horror but a good story line, character development and graphics make this a must play horror game on PS5.

Tim’s life has drastically changed since his wife disappeared mysteriously. In one night, after suffering from the sorrow for a long time, he woke up in an unknown place instead of his house. While trying to escape from this place, he was hunted by a rancorous female spirit. Can he survive? Is this place actually his house? Does it relate to the disappearance of his wife? Some dark sinister secret is hidden inside this house, and it won’t be a place of happiness as it used to be any longer. Play this game to solve the horrible mystery.

Until Dawn is an interactive drama in which players primarily assume control of eight young adults who have to survive on Blackwood Mountain until they are rescued at dawn. The gameplay is mainly a combination of cutscenes and third-person exploration. Players control the characters in a linear environment and find clues and items. Players can also collect totems, which give players a precognition of what may happen in the game’s narrative. An in-game system keeps track of all of the story clues and secrets that players have discovered, even across multiple playthroughs. Action sequences feature mostly quick timeevents.

The game features a butterfly effect system, in which players have to make choices. These range from small decisions like picking up a book to moral choices that involve the fates of other characters. Some decisions are timed. Certain choices may unlock a new sequence of events and cause unforeseen consequences. Pretty Strange storyline but the environment and some mysterious character in the game make you horrified as the game progresses. So, I can say you can play this game if you want jump scares here and there.

Yes, another Resident Evil game on the best horror game on the PS5 list. Resident Evil 3 is a remake of Resident Evil 3: Nemesis (1999). Being a semi open-world game, it features fixed camera angles with third-person shooter gameplay similar to the 2019 Resident Evil 2 remake. It includes an online multiplayer mode, Resident Evil: Resistance, which puts a team of four players against a “mastermind” who can create traps, enemies, and other hazards. The beginning of Resident Evil 3 however, has players briefly controlling Jill in a first-person perspective, in a dream and then in her apartment, engaging with the environment around her much like the characters you assume the role of in Resident Evil 7: Biohazard.

In the concluding lines, it is certain that the list of the best horror games on PS5 is almost never-ending but here we are listing the only AAA games that are top-rated, very popular, and our all-time favorite ones. You can also have other games in your mind that you can play on your new PS5. Alright, we hope that you have really liked this article. If so then don’t hesitate to express your valuable thoughts in the comment section below. Thanks for visiting & appreciating our work. 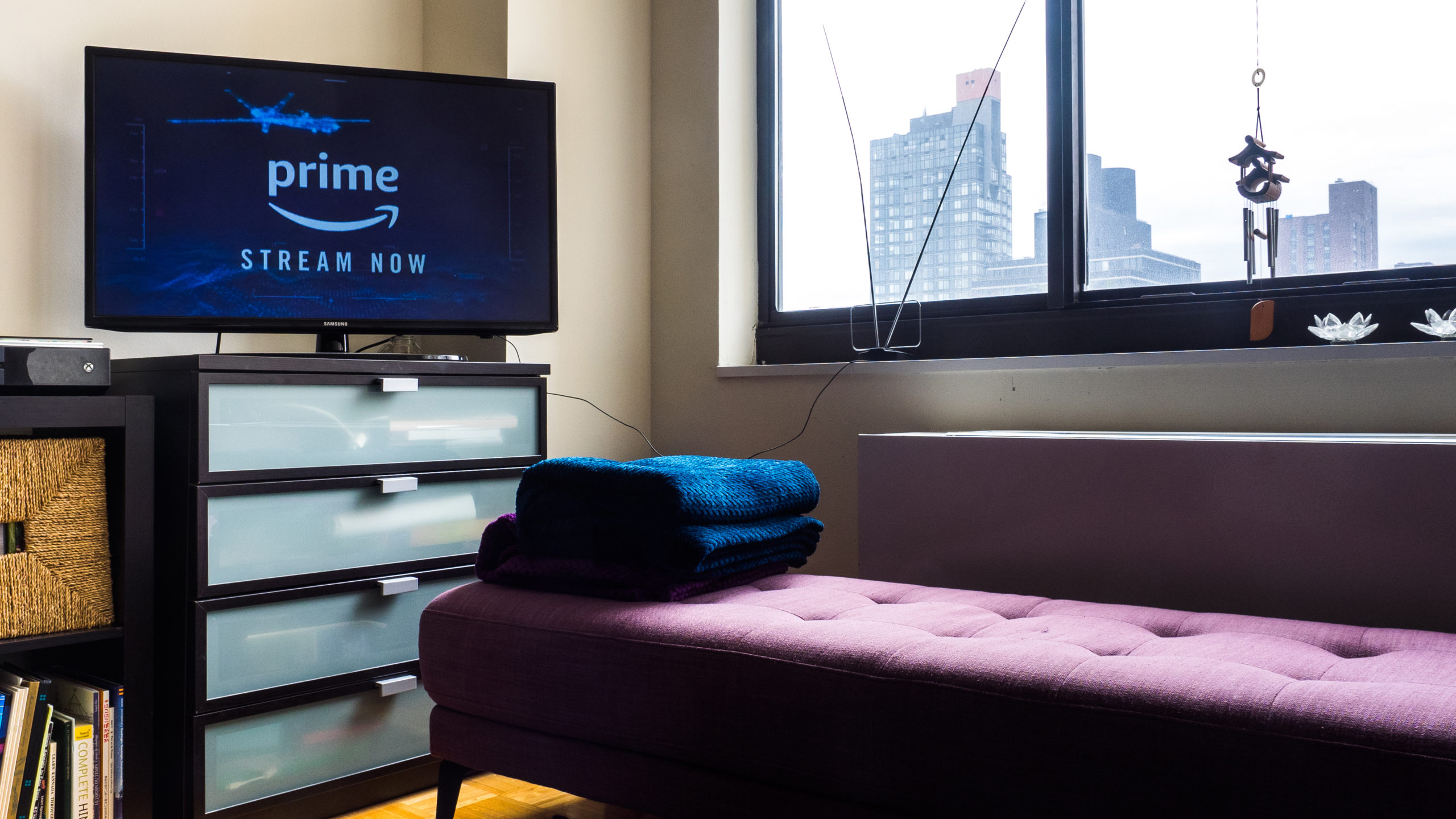 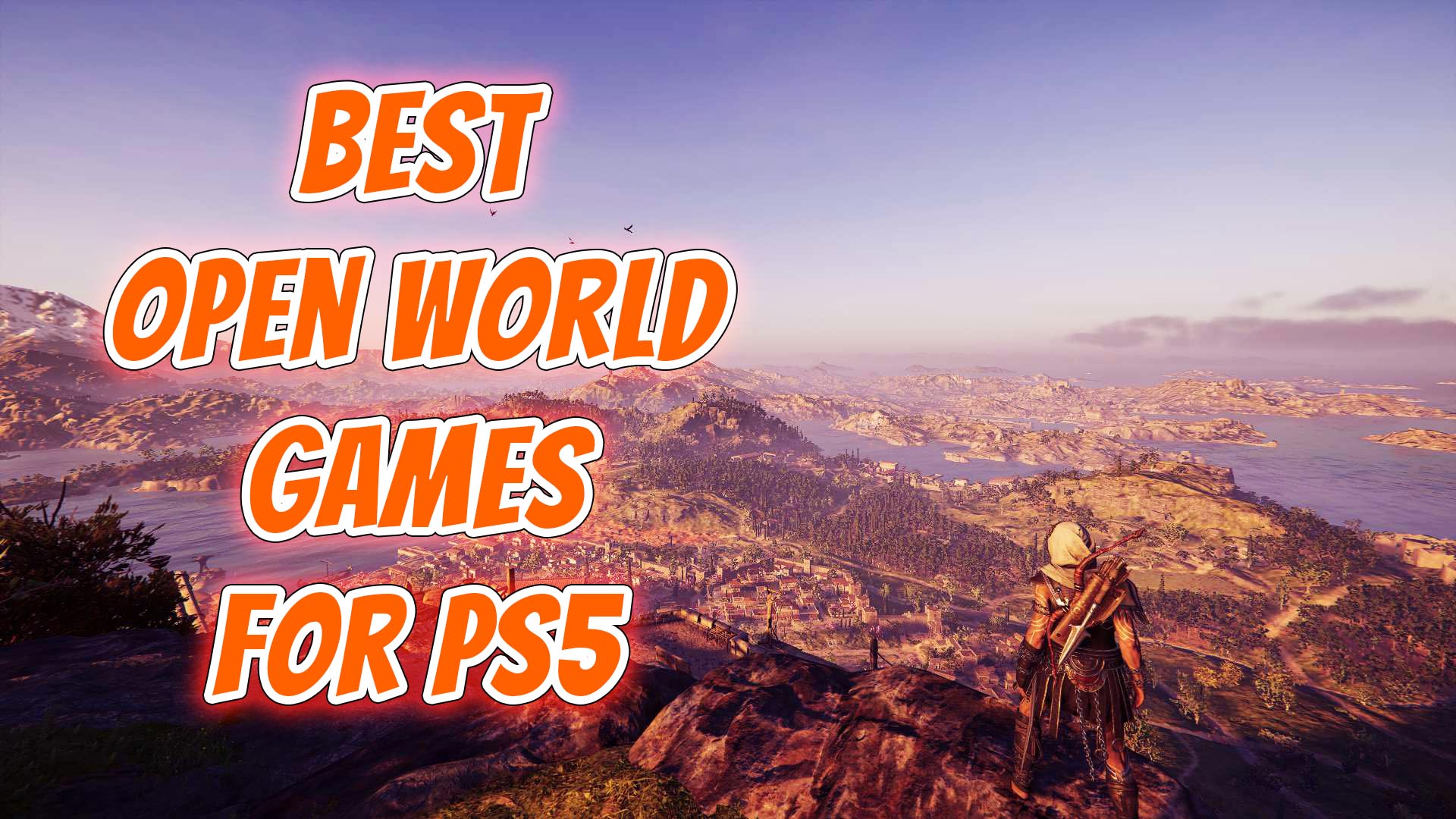 Best Open World Games for PS5 You Should Play!