Who does not like motorbikes?! Every one of us is a bike lover. In some recent years, motorbikes are playing a very crucial role in our daily lives. They save our valuable time and make far destinations very near. The bikes that we ride on daily basis are mainly commuter or cruiser bikes but there are still some bikes that we love to call “Dream Bike”. As we cannot afford those bikes, we call them dream bikes because we love them so much for some reason; it may be those bikes’ looks or it also may be speed and power that those bikes generate. Some of us love sports bikes whereas some love gorgeous looking bikes such as choppers, cafe racers, scramblers, etc. In the ocean of motorbikes, there are a bunch of bikes that are very expensive; I mean, very awfully expensive! Therefore, let’s know which are the top 10 World’s Most Expensive bikes right now. Some of them are costly because of their limited models whereas some are costly for the extraordinary features they possess. Let’s see how far a bike can cost! Anyway, you can choose your dream bike from this astonishing list of World’s Most Expensive bikes.

At the tenth position of World’s Most Expensive bikes, we have Ducati Desmosedici D16RR NCR M16 which costs more than $200,000 dollars if you add upgrades to the standard edition because all the upgrades cost $72,000 altogether. So, the reason behind this huge price rise is now crystal clear. Moreover, this racing beast is made from titanium, avionic & aluminum. It weighs around 319 pounds and can run with a maximum speed of 188 mph (303 km/h) with the help of its 989cc V4 Desmodromic engine that can produce 200 HP! So, you can see that an absolute superbike starts off our list. Let’s go to the next one.

Coming at in number nine, we have The ECOSSE Founder’s Edition Titanium XX which is a perfect mixture of beauty and power. With a titanium chassis & exhaust, this beast becomes the ninth world’s most expensive bike in the world right now. It is powered by 2100cc engine displacement along with 228 HP. This bike weighs over 480 pounds and provides aesthetic pleasure to every bike lover’s heart. The reason behind its beauty is very interesting. Every Founder’s Edition Titanium XX motorcycle is custom made means whenever you will confirm to purchase that bike, the ECOSSE Moto Works team will work on the body of it to make it your personal dream bike. That’s why any bike of this model is not ever the same in terms of look! How amazing, right?

Next, in the eighth position of World’s Most Expensive bikes list, we have Legendary British Vintage Black which was indeed legendary during its time. This is a classic bike that was released in 1948 and at that time, it was considered as the fastest production motorcycle in the world. Only 33 models of this bike were produced so we can assume how rare this gem is. With a 250cc engine, it can catch up to 125 mph (201.2 km/h) speed. In the history of motorcycles, this one is one of the iconic bikes.

We are honored to have the fastest bike in the world in our list of World’s Most Expensive bikes. Not only Dodge Tomahawk is not only the fastest bike in the world but also it is one of the rarest bikes in the world. And now, we have learned that it is one of the World’s Most Expensive motorbikes too! Look at its outstanding achievements! This futuristic bike can catch 60 mph speed in just 2.5 seconds and can run with the maximum speed of 420 mph which is literally insane! Though this sci-fi looking big beast weighs over 680 kilograms, this huge weight cannot hamper the performance a little bit. Looking at these awe-inspiring features of this futuristic superbike, we should know that it should be a costlier one so costing over half a million dollars is no surprise. Don’t ever think of purchasing this because you simply can’t as it’s not road legal and just a concept for now. Maybe, in the near future, we all can purchase this one!

The Cosmic Starship is the first motorcycle that costs over $1 million dollars in our list of World’s Most Expensive bikes! This bike previously got the honor of becoming the most expensive Harley-Davidson bike but then Harley-Davidson Bucherer blue has been released to take the spot & the spotlight. Anyway, coming to the Cosmic Starship; The flowing lava type painting that decorates this bike is painted by the world-famous artist, Jack Armstrong whose unique art style is called “Cosmic Extensionalism” so, the bike is named based on this art method. He took almost six months to complete this art on this bike. Jack Armstrong’s painting is always very costly starting from $300,000 dollars to a maximum of $3 million dollars therefore, it’s pretty obvious why this bike is so costly. The Cosmic Starship is not a mere bike, it’s a piece of art too!

We are now entering our top 5 World’s Most Expensive bikes and Harley-Davidson Butcherer Blue Edition or only, Harley-Davidson Blue is in the fifth position that costs a whopping 1.9 million dollars! This masterpiece bike is considered as the most expensive Harley-Davidson bike that has ever been produced. It is a rebuilt version of the Harley-Davidson Softail Slim bike which is collaboratively completed by Harley-Davidson of course and Swiss Jewellery manufacturing company Bucherer for their 130th anniversary. Bucherer just evolved that bike into a stunning masterpiece that is plated with diamond, gold, and other precious jewels! So, it’s sure to get why this bike is so precious. You maybe never seeing a bike as cool as that!

What if a bike is coated entirely with gold?! Well, this is the bike that we are talking about. Yamaha BMS Nehmesis or BMS Chpper is purely a masterpiece of mechanical beauty and moreover, it is almost entirely coated with 24 karat gold. Isn’t that amazing?! This unique creation is definitely not for the road rather it’s a collector’s item which is meant to be praised & appreciated for its divine beauty. Unfortunately, BMS Chopper got a huge 1,700cc engine that is of no use although we like to care less about engine instead, we want to focus on admiring this masterpiece’s golden mechanism. At the end of the day, we all can be now sure about why this bike is so costly and becomes the fourth most expensive bike in the world.

Coming at in number three position, we have got ECOSSE ES1 Spirit or ECOSSE Spirit ES1, whatever you call it; is a limited-edition titanium superbike that is inspired by F1 sports cars. This super cool motorbike is not only very lightweight (only 265 pounds/120 Kgs) unlike other superbikes but also very powerful & fast. ECOSSE ES1 Spirit can catch over 370 kilometers per hour (230 mph) speed with the help of its 200 HP engine which makes this bike one of the lightest & fastest bike in the entire world. Thus, it is the third most expensive motorbike in the world.

As we all know there’s a popular saying; “Old is Gold!” and this proverb is perfect for this one not only because this is the second most expensive motorbike in the whole world but also because this AJS Porcupine is a vintage British racing bike which provides the maximum speed of 135 mph along with 48 HP engine power & 500cc engine displacement. These specifications are enough to prove how awesome this sportbike was at that time. Moreover, only 4 porcupines were ever made which means this bike is rare like diamond & platinum. Also, with one of these models, British road racer Leslie Graham won the inaugural World Championship in 1949 which is why the year is placed before the original name of this motorbike. Therefore, it’s very easy to see why this bike costs that huge amount of money.

Can you believe it?! Its price is just beyond our imagination; $11 million dollars! This is indeed the world’s most expensive bike that has been produced till today. Neiman Marcus is well-known for its indistinctive luxury merchandise. When they decided to introduce this bike for auction, it received huge publicity, and the price, as we already have known, went limitless. As this is a limited-edition bike, only very limited models of this bike have been produced. This bike which started out at $110,000 at the auction, later sold for $11 million! As a result, Neiman Marcus Limited Edition Fighter becomes the entire world’s most expensive bike!

Therefore, these are the top 10 World’s Most Expensive bikes right now that are very popular for their unbelievable price and uniqueness. So, what are you waiting for? Share this article to your bike lover friends right now and enjoy when they will go nuts by reading this. So, what do you think? What do you choose as your dream bike? Inform us about that. We will definitely appreciate that. Or, if you are thinking of purchasing one of them then awesome, you must be a millionaire! Lastly, we hope, you have really enjoyed and thrilled by reading the article about “Top 10 World’s Most Expensive bikes!”. If so, don’t hesitate to express your valuable thoughts on it down below in the comment section. Thanks for visiting and appreciating our work. 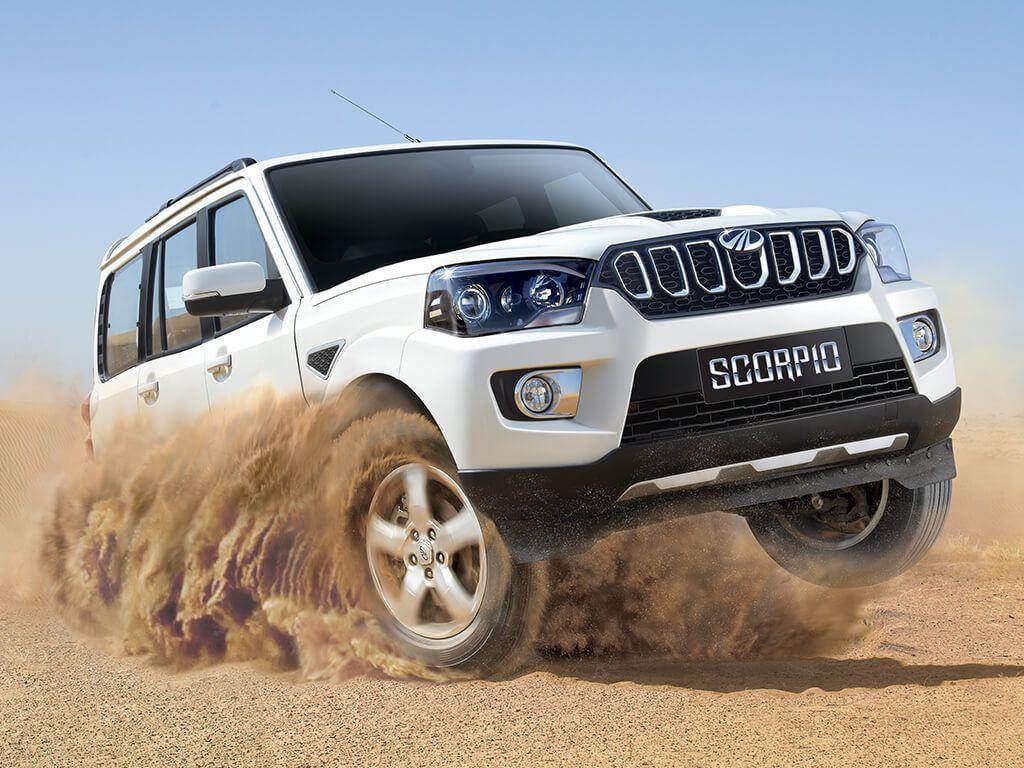 [Best] Cars Under 15 Lakhs in India 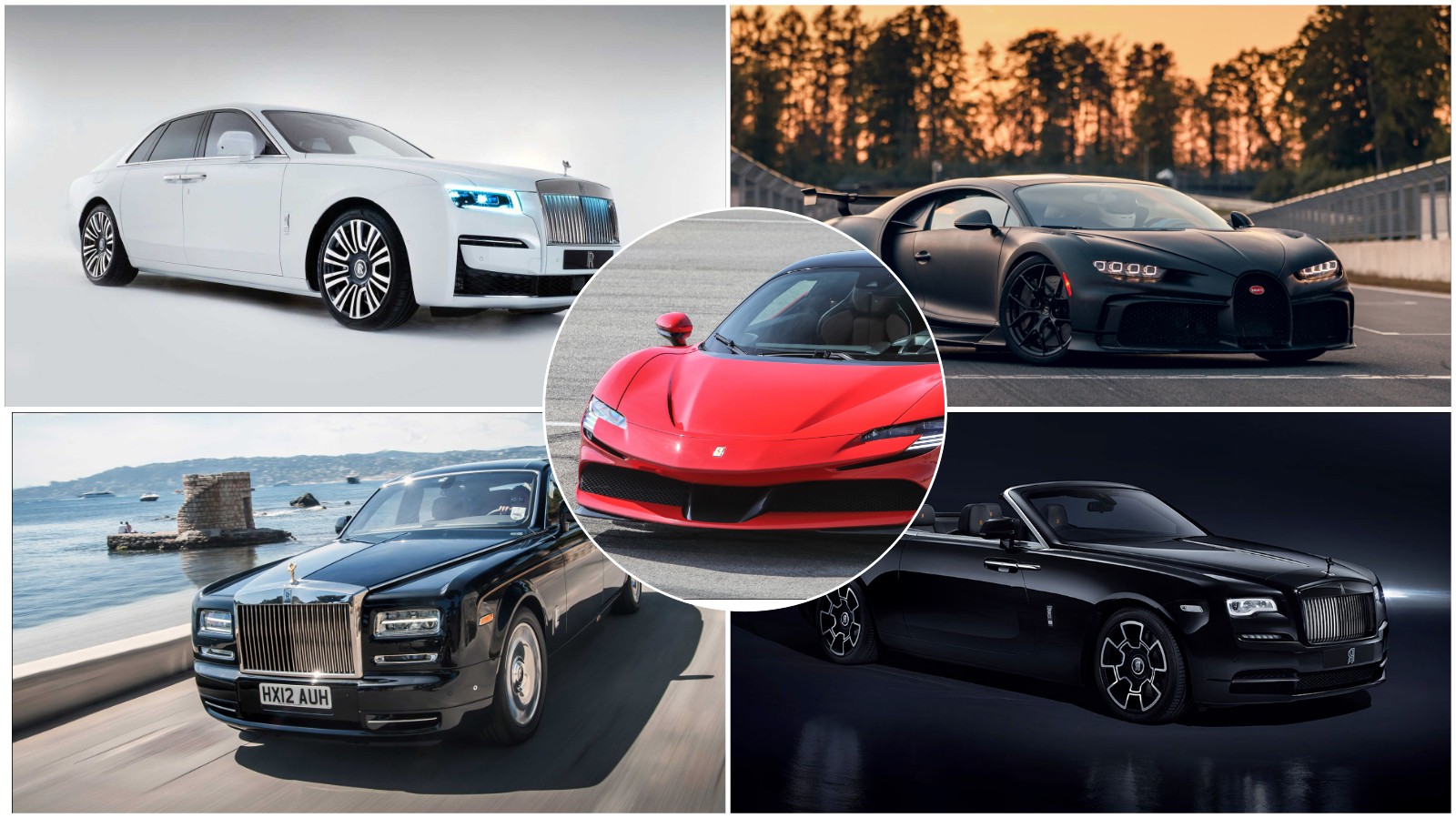 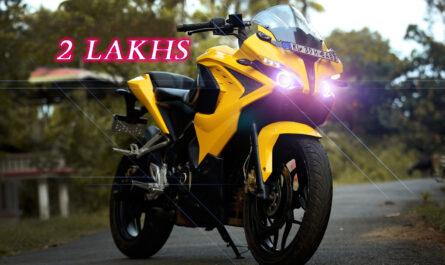