So, you have just finished building your PC by just investing thousands of dollars, while plugging into the wall outlet it just explodes. Just kidding but do you know inconsistent of power could bring serious issues to your thousand-dollar machine? Yes, sudden power failures, voltage fluctuations, and crucially power surges would destroy your PC. A UPS or Uninterruptable Power Supply can safely pass your computer through all of the power problems. So, if you’re living in such places where power outage is quite common then it is definitely worth investing in a good and branded UPS. If you’re really willing to understand how UPS can Protect your computer and how power surges or power outages can damage your PC, then stick to the end.

Also Read: How are CPUs Made? Silicon Lottery! No, Two Processors are Same

What’s the Reason for Power Failures?

There are no fixed reasons. Transmitting power to the homes is really complex process. After power generation (it doesn’t matter from burning coal or gases, nuclear power or solar, water or wind power) first, it is converted into super high voltages to minimize all the different power losses and transmission problems due to wire resistance, capacitance, and inductance. These high voltage lines crossed hundreds of kilometers before coming into our cities. In our neighborhood, there are step-down transformers to step down the super high voltage to a usable level such as 110V 220V, or 440V according to the needs. This is how power is distributed to our homes.

Generally, while power completely shuts off also known as blackout occurs due to some serious issues such as power station disruptions, damaged electrical lines, short circuits, or overload. Sometimes the power supply authority intentionally cut the power for maintenance or to reduce the load of the line. Ultimately whatever the reason is a power outage or blackout is an uncontrolled fact that you as a user can’t do anything.

Rarely but you may have seen, instead of blackout electrical voltage suddenly drops below or way below than normal – lights go dim and fans move slower than usual or sometimes even fans completely deny to move because of such a low voltage. It is known as brownout. It is also sometimes done intentionally to reduce the line strain. However, brownouts also occur dow to technic al issues or bad weather conditions.

Apart from these, there’s also another problem – power surge. It is quite dangerous for most electrical appliances when an appliance gets more power due to the rise of voltage for nanoseconds. Believe it or not, this time is more than enough to fry the sensitive components inside your computer or similar appliances. Power surges occur due to lightning, heavy load on the power lines or power grid, short circuits, and electrical line malfunctions. The only way to suppress the surge is to use a good quality surge protector.

But, literally, a branded good quality UPS could single-handedly tackle all of these problems. It offers great surge protection, protection from voltage fluctuations, over voltage and under voltage, and ofcourse prevents your PC from sudden shutoff while power outage aka blackout.

How does a Power Cut Damage Your PC?

There are actually several possibilities for how your pc could destroy due to a power outage. Ofcourse the straight answer is yes, a power outage or blackout can damage a running computer. If a sudden power cut is happening quite often then it could slowly kill your PC. Both your data and hardware would be in danger.

How Does Power Cut Damage Your DATA?

While working on a certain file and if it is not saved then a certain power outage will remove all of your work and in most cases it is not recoverable. Even if you saved that file still certain blackout could potentially destroy the file.

Power cuts also can corrupt the operating system. If a blackout occurs while Windows is busy editing an important system file (Windows Update) then there’s a high chance the file will get corrupted. Next time when the power is back again Windows might refuse to boot and enters into automatic repair mode. If it is able to recover itself then you will get back into Windows again otherwise you have to reinstall Windows and all the software and drivers from the scratch.

Sometimes, if Windows doesn’t go through the correct shutdown sequence then when you turn your computer on it might seem a bit slow and glitchy. It takes quite a while to get back to normal.

While BIOS updates, power cuts could cause serious damage to your machine. If your machine somehow gets restarted due to power problems then you can assure it will never turn back on. It’s quite a high chance that now BIOS is corrupted. You as a user can’t fix it until your system has ‘Dual Bios’. Now only the motherboard manufacturer or an expert technician might fix your motherboard. If that doesn’t possible then the motherboard will directly go into the dustbin. You can’t do anything.

A frequent power outage can also reduce hard drives’ physical lifespan This is because the read-and-write head inside the drive suddenly snaps back into its original position with power loss. This kind of sudden jerk would damage the head’s mechanical construction. Over time it gets loose and touches the ‘platter’ of the hard disk which has all of your data. Eventually, that definitely grinds the platter or leaves scratch marks which might cause data corruption or data loss.

Don’t Miss: What is Pass Through Charging? Can It Charge Faster?

I talked about the power surge earlier. The excess voltage for a few milliseconds will encourage the PC components to take more power from the outlet and that will definitely destroy the machine. It’s quite common, after the power outage when the power gets online there are few power surges following the line. If an outage doesn’t do damage, the surge could kill the power supply or motherboard. As a result, the computer won’t turn on after the power outage.

Now you may think about how the power surge could damage a pc while it’s not running. We know the computer generally stays off after the power restores. Right? Well yes, but there is a 5V supply from the SMPS constantly powering the motherboard so that when you turn on the power switch of the PC it can turn on. If your PC doesn’t have a good and branded SMPS, then because of the power surge, the constant 5V line would get distributed and may possess unsafe voltages, which will definitely fry your motherboard. In the worst-case scenario, a surge could damage SSD, Processor, and even Graphics card.

How to Get Protection From Power Outage?

So, for surge protection, you need branded and certified surge protectors but it would be more worth of investing in a branded UPS or Uninterruptable Power Supply. It can offer protection against most of the power-related problems – surge protection, voltage fluctuations, over voltage, under voltage everything. And ofcourse they offer a few minutes of battery backup so that during a power outage you can safely shut down your PC. So, a UPS can also indirectly offers protection against data loss. However cheap UPS doesn’t offer all of the mentioned protections they offer the battery backup but not all the protections so while buying a UPS keep these in mind how these protections can save tons of your money.

So, now you know what you should do. If your area has power problems then don’t forget to keep your PC in the protection of a UPS. A couple of hundred bucks can save your thousands of dollars. 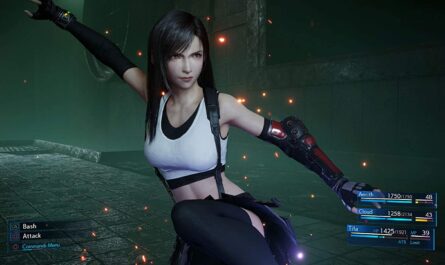 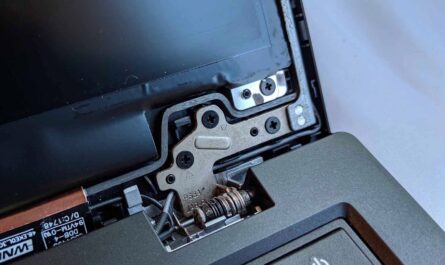 Laptop hinge is broken: What to Do at the First Sight? 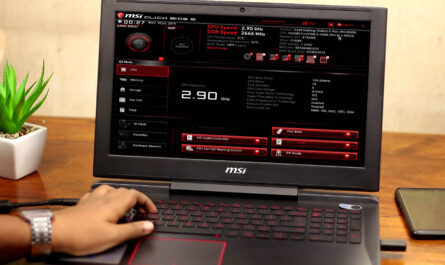