You guys have probably seen that in Windows, the drive letter assigning process always starts from ‘C’ [Ex. Local Disk (C:)]. So, why does this strange thing always happen? Why are the alphabets like (A:) or (B:) never used at the beginning? Well, there is a reason and I can assure you, you will get an interesting answer after reading this article.

Why Do Windows Drive Letters Start With ‘C’?

In Windows operating system, the first logical drives are always be assigned with the drive letter C followed by D, E, F, G, H, etc. but never A, B, C, D, etc. Why? Basically A, B drive letters are preserved for floppy disks. When computers are in ancient ages, there was no Hard Disk or SSDs. There were only floppy drives. There were two floppy drives for running programs and storing data respectively. The hardware and the OS are designed for that too. So later when HDDs came out and plugged into those machines, the OS automatically assigned them the drive letter C.

In Windows and other operating systems, we mostly use one Physical drive to install OS and store the data. But for the data’s redundancy, we make multiple logical partitions into that drive and format those using file systems like NTFS, FAT32, etc. we store OS on a separate partition and data on another partition. If something goes wrong with the OS, the data might not get affected. By the way, a physical drive is an actual drive aka device that we actually insert into our computer, the logical drives are virtually created. By using the drive’s total capacity, a tool creates multiple virtual drives that seem like physical drives but they are not and the fun fact is, the operating system refers to these virtual drives as a physical drive.

Can we use A: and B: Drives in Windows?

Of course, you can but you can’t install Windows OS on A: and B: Drive letter assigned drives (at least by default). You can use those drive letters to other logical or physical drives. To do that, search on Windows search bar ‘Disk Management’. Right-click on that drive that you want to reallocate the drive letter. Click on ‘Change Drive Letter and Paths’.

On this dialogue box, click on ‘Change’. Now on the dropdown menu of ‘Assign the following drive letter’, choose a drive letter from A to Z (You can’t choose those drive letters which are previously assigned such as ‘C’). Now click on ‘Ok’.

Here, you will get a warning message regarding your drive usability. Read it and if you agree with it then hit ‘Yes’. That’s it. You have successfully changed the drive letter to ‘A’ or ‘B’ or whatever.

Must Read: What is Disk Partitioning? Advantages & Disadvantages Explained!

In the bottom Line…

So, the fact is, the standard of having a floppy drive is still not changed at least from the operating system’s point of view. I don’t know, you can install floppy drives in modern systems or not but the standard is still followed. Now, hope you guys have understood the reason why there is No A Drive or B Drive in Windows. If you have any queries then let us know in the comments below. Thanks for visiting and appreciating our work. 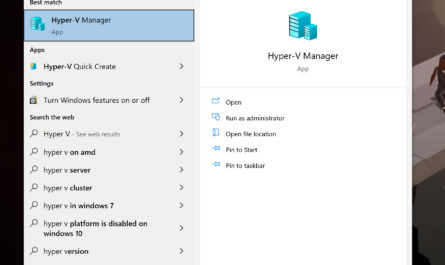 Set up Hyper-V to Create Virtual Machine on Windows 10! 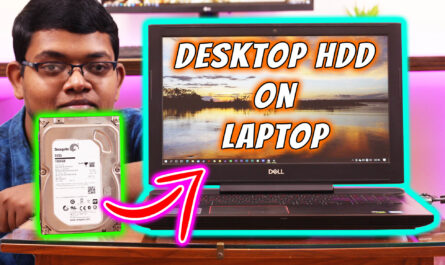